The beginnings of the history of radio date back to the 19th century, when Alessandro Volta invented the voltaic pile. From that moment on, the first telegraphs began to be built, which evolved with the contributions of Samuel Morse and the Morse code.

In the year 1876 the British scientist Graham Bell discovered that sounds could be heard through a wire. However, it was not until the 20th century that Fleming and Fessenden managed to transmit the human voice through the beginnings of radio.

Before the appearance of radio devices, an investigation of electromagnetic waves was carried out by James Maxwell, which were validated by Henry Hertz using a device with which he managed to create said waves in a valid process to detect them.

Despite this, it was Marconi who put his knowledge into practice so that sound signals were capable of propagating up to 20 km away, an incredible achievement for the time and officially the beginning of what we know today as radio.

The first station that was established as a regular radio service was identified with the acronym KDAK of Pittsburgh and its makeshift booth was installed in a Westinghouse garage.

In North America, the first radio broadcast was on Christmas Eve in 1906, but it was not until 1920 that commercial broadcasts became regular and entertainment programs were included in this medium. 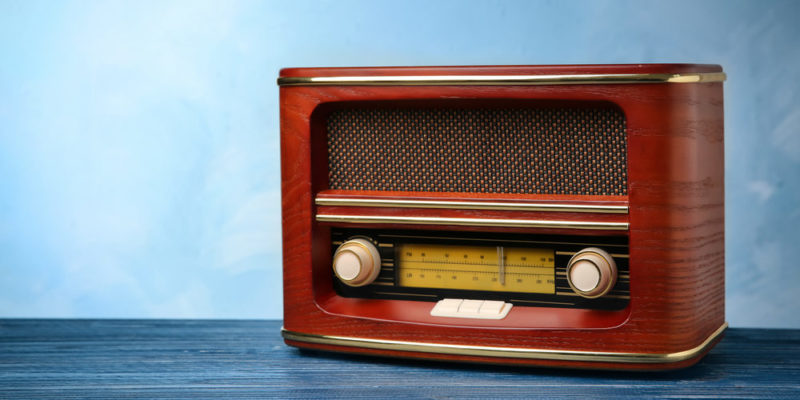 About 5 years later there were at least a dozen radio missiles and the transmissions were usually made in the late afternoon until midnight.
In the 1920s and until the 1930s, they were considered the golden age of radio, a time when this means of communication reached its peak, especially in industrialized countries.

It was then that the moving coil loudspeaker was invented, which solved many of the inconveniences that there were until then to listen to the radio.
In 1927, the first car radios were created and promoted, especially the Philco transistor brand. From that moment on, the combination of music player and car radio was in progress until what we know today.

For their part, transistor radios also had their own evolution since 1948 with the North American company Bell, who created semiconductor devices capable of interrupting, attenuating or stopping the flow of an electronic current. This invention was awarded the Nobel Prize in Physics in 1956 and it was the prototype of what would later be transistors.

Over time these radios became increasingly efficient, lightweight, inexpensive, and small until they began to be mass-produced during the 1960s and 1970s because they were so popular for listening to the news during the Cold War. This was the case until the 1980s, when they were replaced by more efficient technologies.

history of radio in Latin America

With regard to the history of radio in Latin America, it is valid to affirm that the Argentines were the first to manufacture radio equipment.

More specifically, the doctor Enrique Susini installed a 5-watt transmitter on the roof of the Coliseum theater to carry out what would be the first official radio transmission in this country, however, until August 27, 1920, it was when in Buenos Aires Argentina was able to officially broadcast the first radio programming aimed at the public through this medium and it was an opera by Richard Wagner.